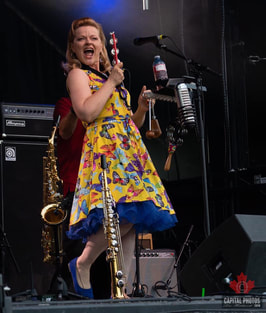 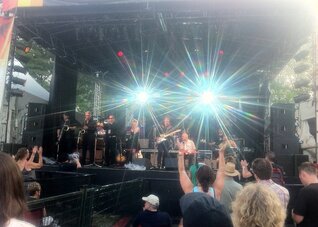 Solly's in Limoge Presents Three Times Lucky
Saturday, December 07th at 8:00 PM, 193 Ontario Street, Kingston, ON
The Three Times Lucky gang will be performing at Solly's Bar in Limoges on December 7th! You;ll find Solly's at 126 Ottawa St, in Limoges, ON. A wonderful club just 20 minutes out of town filled with fantastic people! We love playing here! Come out and help us officially ring in the Festive Season with a proper Back-Beat Rocking Rhythm and Blues Party! Don't Forget Your Dancing Boots! 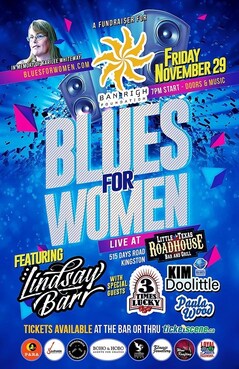 ​Road Trip!!! Three Times Lucky are thrilled to be heading down to Kingston on Friday Nov. 29th, to appear at the The Blues for Women Benefit with three other great bands fronted by some truly incredible woman performers  featuring Lindsay Barr, Kim Doolittle and Paula Wood. It's hosted at the Little Texas Roadhouse Bar & Grill! All proceeds support​ the Queens University Ban Righ Foundation! An awesome night of music, supporting a very important cause.
Don't Forget Your Dancing Boots ;) 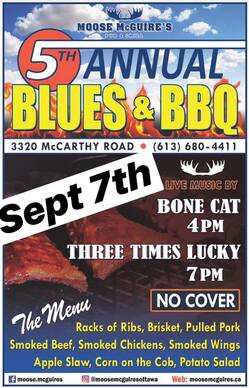 Three Times Lucky @ Moose McGuire's 5th Annual Blues & BBQ
Moose McGuire's Huntclub: Saturday, September 7th 2019 at 3:00 PM
Don't miss the 5th Annual Blues BBQ at Moose McGuire's Hunt Club with Live Music by Bonecat and Three Times Lucky! What more can we say? This is everyone's favorite last event of the summer. Two amazing bands to keep you entertained all afternoon. Our Chef will be smoking your BBQ favourites all day, low and slow. I promise you will be able to smell the BBQ up the street. This is an event you don't want to miss. Call now to reserve your table 613-680-4411
Lot's of Smokin' BBQ and Blues on the menu! :) 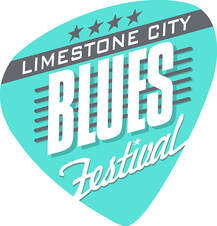 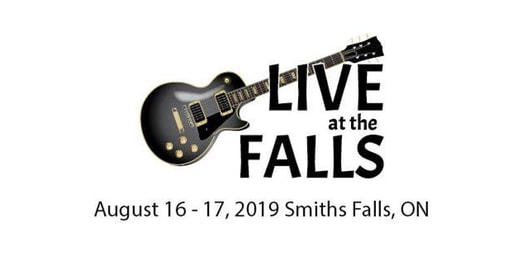 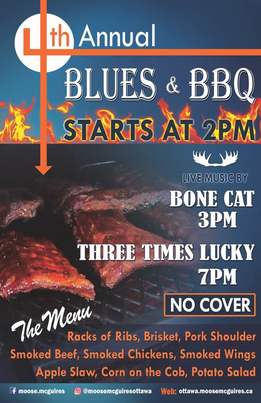 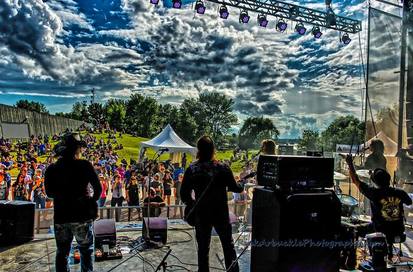 Three Times Lucky @ Moose Mc'Guires: A Festivus For The Rest Of Us!:Saturday, Dec 2nd 2017 at 9:00 PM
Three Times Lucky return to Ottawa South's hottest Live Music venue and Pub, Moose Mcguire's, on Saturday, December 2nd and NO COVER CHARGE! Let's kick off the Festive Season right with some original and vintage Back-beat Rhythm and Blues!
A Festivus For The Rest of Us!
You might drop by a bit early with your friends to ensure a good seat for the show, while also checking out the awesome menu at the Moose! Home style, fresh cooked meals and delicious pub fare, along with the best service and most helpful staff in town.
Did I mention No Cover Charge? Moose McGuire's and Three Time's Lucky! Yeah Baby! Don't forget your dancing shoes ;) 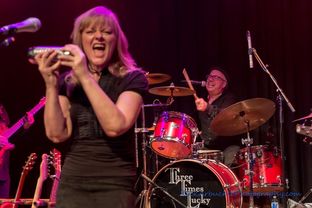 Three Times Lucky in Limoges ON at Solly's Bar 6th Anniversary Party
Saturday, September 30 at 8:00 PM, 126 Ottawa Street, Limoges, ON
Come on out to Limoges ON and help celebrate the 6th Anniversary of Solly's Bar! Party Music provided by Three Times Lucky. Admission is $5.00, and only 100 tickets will be made available for this party, so get them now! Tickets are available at the bar, or from Three Times Lucky. And...as always... Don't forget your dancin' shoes 'cause we'll be packin' some real Back-Beat Rhythm & Blues for this show! 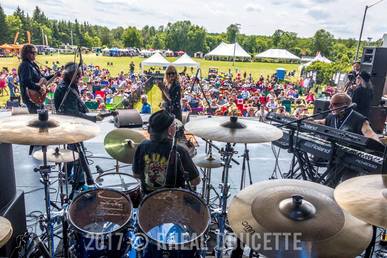 Three Times Lucky: 2017 Laval Spring Flood Fest
Saturday, September 02 at 5:00 PM, downtown Laval QC
Three Times Lucky are sending our thoughts and prayers out to the folks and friends down South in Texas dealing with the aftermath of Hurricane Harvey. Some of the stories I've heard of this tragedy are heartbreaking. Please support them in any way you can. If you want to help out, there are several ways you can give. On a related subject, 3xLucky are heading up to Montreal this Saturday to take part in an outdoors concert/ street-party for the people who went through the 2017 Laval Spring Flood. Let's all hope for a much dryer spring in 2018. Cheers :) 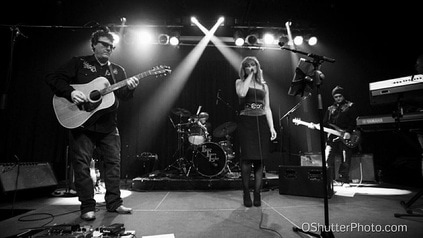 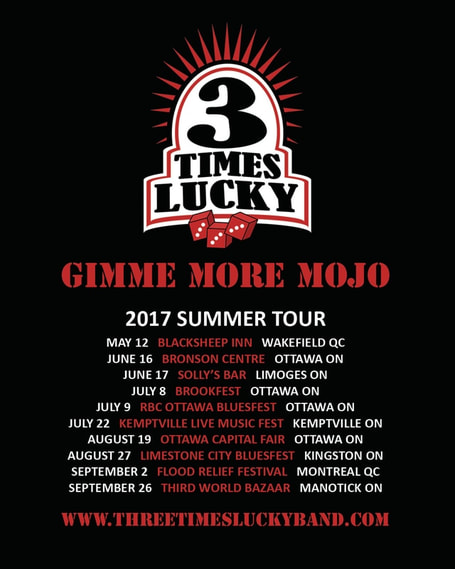 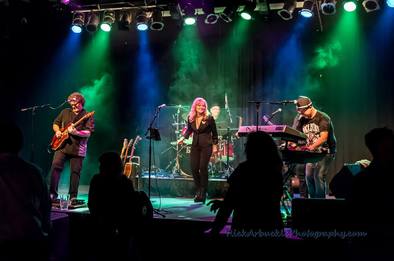 Three Times Lucky at the Kemptville Live Music Festival
Saturday, July 22, 2017 at 3:00 PM - 4:00 PM
Three Times Lucky, featuring the incredible harmonica and saxophone talents of Mark "Kaz" Kazanoff ( of The Texas Horns), are appearing live at the 2017 Kemptville Live Music Festival, and this is one super amazing summer festival that you do not want to miss, featuring all the best in internationally recognized Canadian performers and international touring acts, as well as up and coming Canadian and local Ottawa Valley acts you will want see live!  Stage and show times to be announced on the festival web-site.
You won't want to miss the fabulous Sue Foley, hard-rockin' Big Bill Durst, the incredible Weber Brothers and the one and only Burton Cummings in concert on the same night as Three Times Lucky, along with many other stellar performers on the other festival nights, such as David Wilcox, Dwight Yoakam, Gordon Lightfoot, Monkey Junk, Soulstack, and many, many more at this years Kemptville Live Music Festival!
https://www.kemptvillelivemusicfestival.com/three-times-lucky 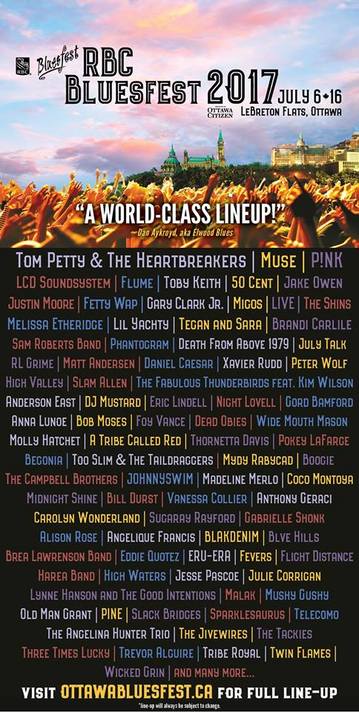 Three Times Lucky at the 2017 RBC Ottawa Bluesfest
​ Sunday, July 09, 2017 at 5:00 PM - 6:00 PM
​BLACKSHEEP STAGE   #RBCBluesfest2017
Ranked by Billboard Magazine as one of the TOP 10 most successful outdoor music festivals in the world, Three Times Lucky are thrilled to be returning  to RBC Ottawa Bluesfest for the third time. We are feeling soooo LUCKY to be playing this amazing festival again!!!
THREE TIMES LUCKY are currently recording their third album, slated to be released in late 2017. Stage and show times to be announced on the festival web-site. Don't forget to catch the fabulous Pink in concert that same night, along with many other stellar performers, including Ottawa's own, Pat Travers!
THREE TIMES LUCKY might be that dance-hall, Roots Rockin' Blues alternative you've been looking for all your life!
https://www.ottawabluesfest.ca/artists/#!programmation=artist$three-times-lucky/460
#RBCBluesfest2017 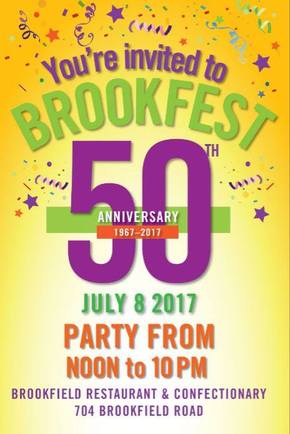 BROOKFEST! - Brookfield Restaurant 50th Anniversary
Saturday, July 08, 2017 at 12:00 PM - 10:00 PM
704 Brookfield Rd, Ottawa, ON
Celebration Time! Come On! Let's Celebrate!!! Three Times Lucky are thrilled to be appearing along with the many amazing  acts and musicians at this mega-party in the old neighborhood. Very much looking forward to seeing some the old gang :)
Here are the deets:
Joyce Aboud and the entire Brookfield family are gearing up to celebrate – 50 years of Brookfield!! Mayor Jim Watson will be there along with a whole host of entertainment – graduates of the neighbourhood with standup comics, several bands and duos, DJs, musical phenomenon Johnny Vegas, a balloon artist and more. An old style celebration; entertainment and carnival like atmosphere where we can come eat, drink and be merry among friends old and new. Plus, it's Canada's 150 Birthday!!!

Get ready to dance and welcome in the summer at our Spring Fling Fundraising Party for the local charity Group of 78 and Rideau Institute.This evening will include dancing, fundraising activities, door prizes, appetizers, and a cash bar!
Musicians/Bands:
THREE TIMES LUCKY
Christian Whalen,
"Stay-Tuned/Restez-à-l'écoute."
THREE TIMES LUCKY will be belting those blues away, back beat-rhythms rockin' the stage, and players kicking out the jams, guaranteeing that 'this party is only just getting started!'
So throw on your favorite dancing boots lads 'n lassies, grab yer partner, and get ready to juke, chuck 'n jive all night long!
​Tickets: www.eventbrite.ca/e/group-of-78-and-rideau-institute-spring-fling-tickets-34902591591?aff=efbevent
​ 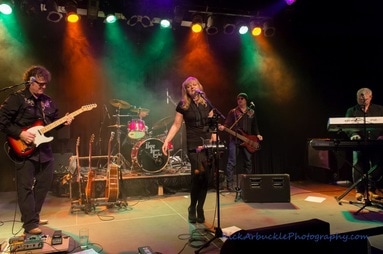 ​Three Times Lucky Live at Calabogie Peaks Resort
​Saturday, March 04, 2017 at 12:00 PM - 6:00 PM
Three Times Lucky will be breakin' down the Blues and kickin' out the jams inside the lodge at Black Donald's Pub. Your free Aprés-ski live Blues entertainment is a presentation of the Calabogie Peaks Resort Winter Blues Series. Meet up with your friend's, your families, Ski Bunnies, and other Hotdogs, and warm up with some good food, cool refreshments, and a rockin' good time! Don't forget yer dancin' ski boots! Show time is 12:00pm to 6:00pm. Cheers!
http://www.calabogie.com/events/music-series/winter-music-series.html 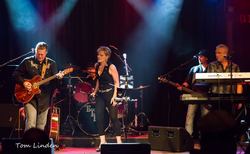 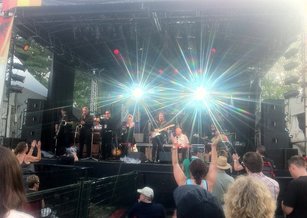 Three Times Lucky: Two nights at the Limestone City Blues Festival, Kingston,ON
​Saturday, August 27, 2016 at 9:00 PM - 1:00 AM
Sunday, August 28, 2016 at 3:00 PM - 3:50 PM
200-353 King Street East, Kingston, Ontario K7L 3B5
The Summer's in full swing folks, so it's full on festival time! Three Times Lucky are taking the show on the road to Kingston for two gigs at the Limestone City Blues Festival, and we'll be packing some vintage original Ottawa back-beat Rhythm and Blues with us for the road-trip :) So if you do find yourself in Kingston town, catch us on Saturday night, August 27th at the always wonderful 'Stand Easy' dance hall in the RCHA Club Kingston - The Royal Canadian Horse Artillery Brigade Association, or come out to see us rockin' the blues @ 3PM Sunday on the Confederation Park Stage ;) ... Don't forget your dancin' boots!!!
​www.facebook.com/events/1634366066874810/ 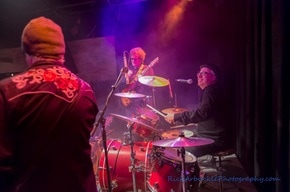 Three Times Lucky: Live at the Capital Fair
Sunday, August 21, 2016 at 8 PM - 9:30 PM
Rideau Carleton Raceway: 4837 Albion Road, Ottawa, Ontario K1X 1A3
Attention Ottawa Valley Music Fans and Children of all ages!!! It’s CAPITAL FAIR time again!!! FREE ADMISSION The Capital Fair!!!
Come on out to Rideau Carleton Raceway and groove with Three Times Lucky as they rock the OLG Center Stage, beside the Moose Mcguire'sPub & Grill Beer Garden, for an evening of live Rockin’ Roots Blues music!!! The concert begins at 08:00PM, but you just might want to come out to the fair a bit earlier for the DEMOLITION DERBY smash-up that starts at 07:00PM. The derby is a FREE SPECTATOR EVENT, so bring the whole family along for the fun!!!
​Something special is going on every day at The Capital Fair:
www.facebook.com/events/163876924018372/
​ 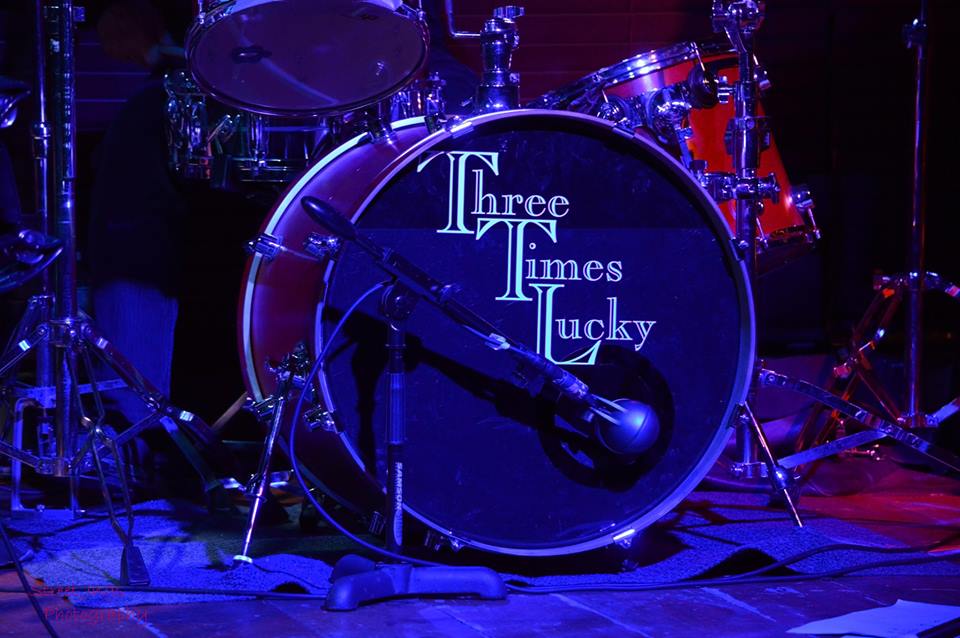